With respect to receipts, the Federal Election Campaign Act (the Act) requires reporting of all receipts, but requires recordkeeping only for contributions. Nevertheless, a candidate committee must keep records for all types of receipts in order to comply with the reporting requirements of the Act and FEC regulations. The committee must maintain the following information for contributions of any amount and should maintain these records for other receipts:

Every person who receives contributions for a campaign must forward them to the treasurer of the candidate’s authorized committee within 10 days of receipt. The date of receipt is the date the person acting as a conduit obtains possession of a contribution.

A person receiving contributions for a campaign must also forward the recordkeeping information along with the contributions.

Contributions of $50 or less

In advisory opinions, the Commission has recommended two possible accounting methods that satisfy recordkeeping requirements for contributions of $50 or less:

Records must identify each contribution of more than $50 by:

Furthermore, political committees must maintain either a full-size photocopy or digital image of each check or written instrument by which a contribution of more than $50 is made.

For each contribution that exceeds $200, either by itself or when added to the contributor’s previous contributions made during the same calendar year, records must identify that contribution by:

If a person has already contributed an aggregate amount of over $200 during a calendar year, each subsequent contribution, regardless of amount, must be identified in the same way.

Distinguishing between primary and general contributions

Records must identify each contribution from a political committee, regardless of amount, by:

Candidate committees must maintain records of any bundled contributions forwarded by or received and credited to a lobbyist/registrant or lobbyist/registrant PAC that aggregate in excess of the reporting threshold for any covered period for three years after filing.

With regard to gross proceeds, the joint fundraising representative must collect the following contributor information and later forward it to the participating political committees:

A committee must retain the written copies of contributors’ designations, redesignations and reattributions.

Records of redesignations obtained electronically may be retained in a database in a manner consistent with the recordkeeping requirements for signed written redesignations under 11 CFR 110.1.

Joint fundraiser contributions: The joint fundraising representative must also keep a record of the total amount of prohibited contributions received, if any, and of any transfers containing prohibited funds made to participants that may accept them. 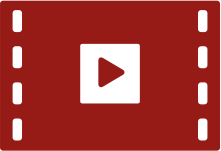 11 CFR 101.3
Funds received or expended prior to becoming a candidate

11 CFR 102.9
Accounting for contributions and expenditures