Political action committees and party committees report selling bitcoins on Form 3X and itemize the transaction on Schedule A when necessary. The line number used to report a bitcoin contribution depends on who is buying the bitcoins. Reporting for liquidating bitcoins depends on whether the committee sells to a known purchaser or to an unknown purchaser. If the purchaser is known, use Line 11(a) if the buyer is an individual, Line 11(b) if the buyer is a party committee, and Line 11(c) if if the buyer is another type of political committee. If the committee sells the bitcoins through an established market mechanism where the purchaser is not known, use Line 17 for "Other Federal Receipts."

Selling to a known purchaser 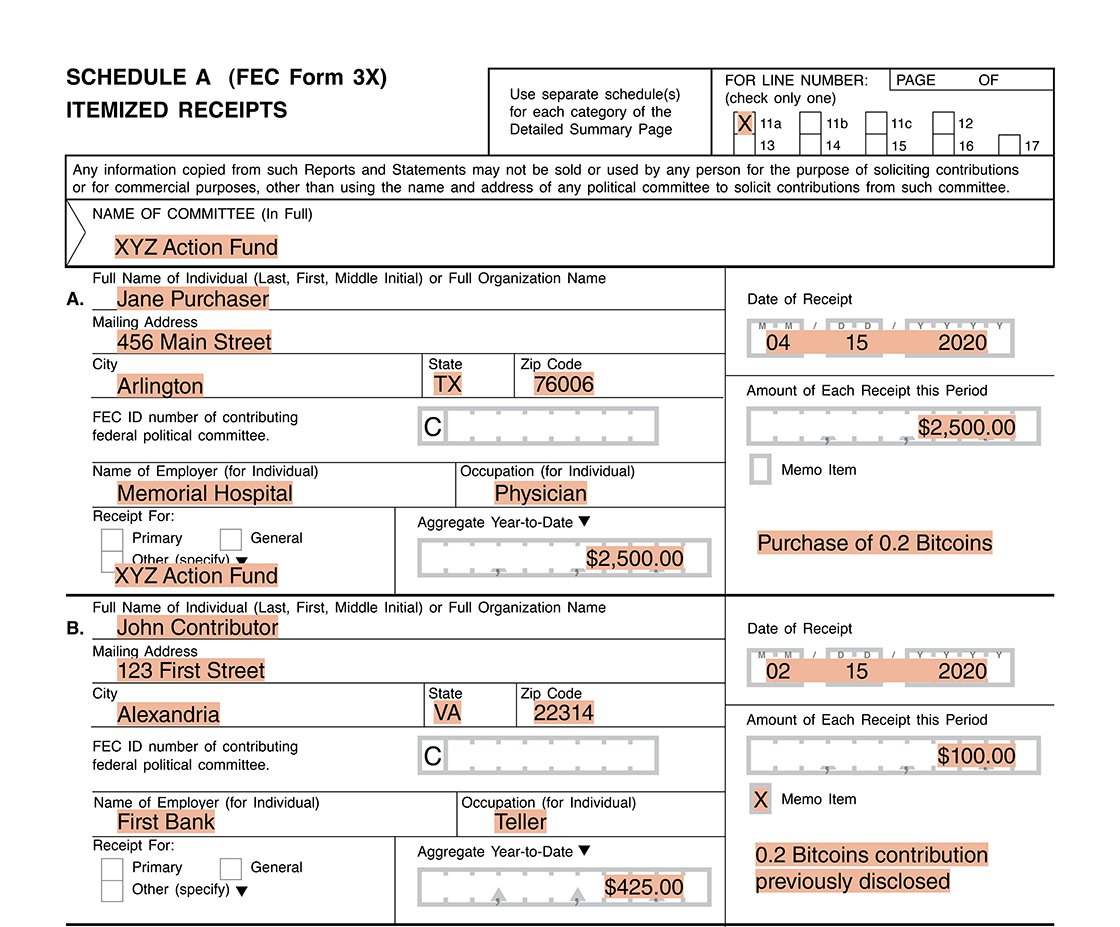 Jane Purchaser buys 0.2 bitcoins from the committee for $2,500. The committee reports her name, mailing address, employer and occupation on Schedule A, supporting Line 11(a). It also reports the date Jane bought the bitcoins, amount they were sold for, aggregate year-to-date total for Jane, and includes the notation “Purchase of 0.2 Bitcoins.”

Selling to an unknown purchaser

To enter the sale of bitcoins that were given to the committee as a contribution, go to the Summary Page tab, right click on the category that describes the bitcoin purchaser - Line 11(a), 11(b), 11(c), or 17 (for unknown purchasers) - and select “new.”