In Advisory Opinion 2014-02, the Commission concluded that a committee can purchase bitcoins with funds from its campaign depository for investment purposes. The bitcoins do not need to be deposited in a campaign depository within 10 days of receipt. Bitcoins may be received into and held in a bitcoin wallet until the committee liquidates them.

The committee cannot use bitcoins to purchase goods or services. The committee must sell the bitcoins and deposit the proceeds into the campaign depository before using the funds to make disbursements for goods and services.

House and Senate committees that sell bitcoins originally purchased from funds transferred from a campaign depository will report earnings or losses in the “Other Receipts” category on Form 3, Line 15. If investment income from one source aggregates over $200 during an election cycle, itemize the interest on Schedule A, supporting Line 15. Losses are indicated by a negative entry. 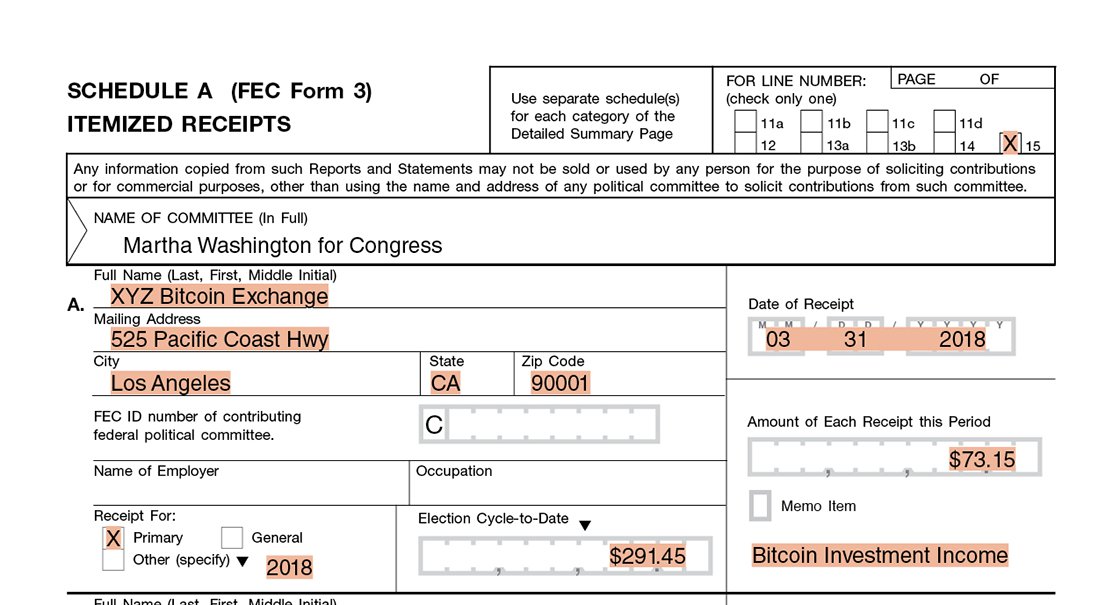 The committee reports the bitcoin income on Schedule A, supporting Line 15. It includes the purchaser’s name and mailing address. It also includes the date of receipt, amount of bitcoin earning or loss, election designation and aggregate election cycle-to-date total for the purchaser.