To itemize an independent expenditure, the committee discloses: 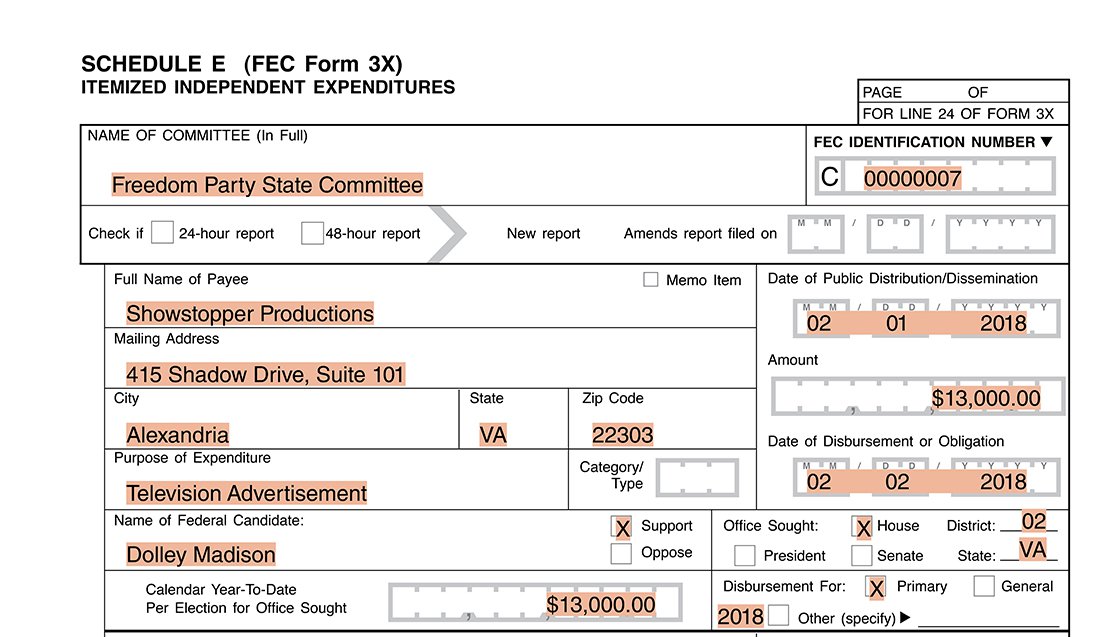 At the end of Schedule E, enter:

Schedule E requires a certification, under penalty of perjury, that the expenditure meets the standards for independence.

Independent Expenditures for Committees: Payment and Dissemination in the Same Reporting Period