When persons, groups or organizations (not political committees) make electioneering communications, they must follow the guidelines for reporting them on a 24-hour reports using the Form 9.

To itemize the multistate electioneering communication, the filer must disclose: 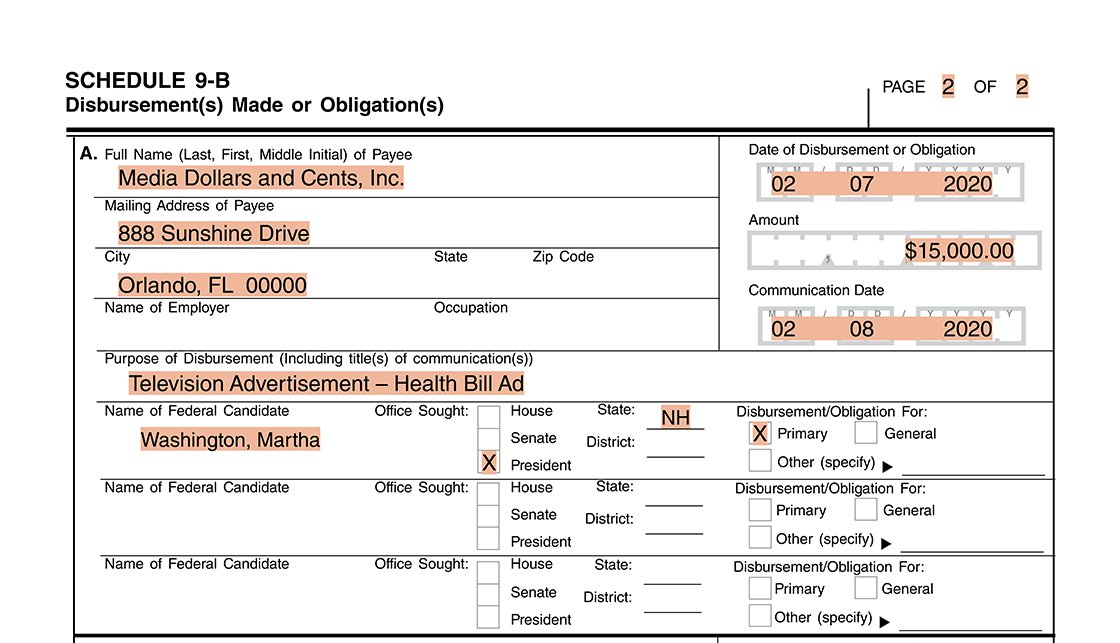 ABC Corporation discloses this multistate electioneering communication by filling out Schedule 9-B with the reqiured itemization information for the payment to Media Dollars and Cents, Inc. for “Television Advertisement – Health Bill Ad.” In addition to indicating that the expenditure clearly identifies Martha Washington in the presidential primary election, the filer discloses New Hampshire (“NH”) in the state field, as New Hampshire is the state with the next upcoming presidential primary election among the states where the TV ad is distributed.

Filers must use memo text to indicate the specific states where the multistate independent expenditure is distributed.

To enter multistate electioneering communication disbursements, go to the Summary tab and right click on “Line 10 Disbursements made or Obligations.” Select “new,” and enter the information about the disbursement following the above guidelines for selecting the state of the next upcoming presidential primary election. Include memo text by going to the Disbursements tab, right-clicking on the transaction and choosing “Memo Text” from the available options. Use memo text to list the states where the multistate eletioneering communication is distributed.