Step 1: In-kind reported as a receipt 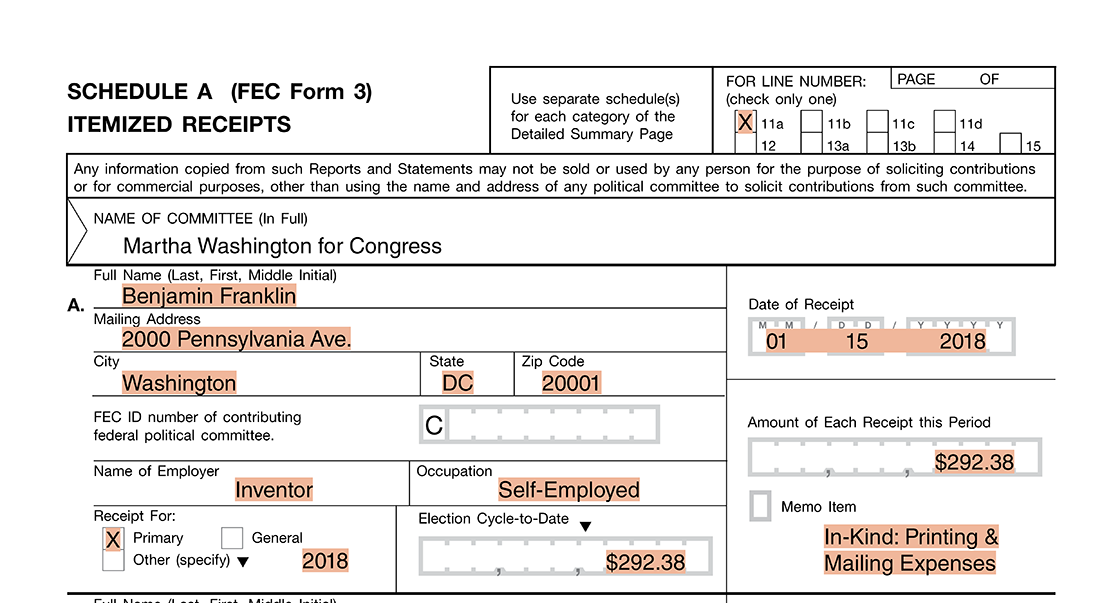 The committee reports receiving printing and mailing expenses paid by a supporter as a contribution. It reports the contributor’s name (Benjamin Franklin), mailing address, employer, and occupation. It also reports details about the in-kind, including its value, the date it was given, election designation, and aggregate election cycle-to-date total for Benjamin. The committee also includes a notation “In-Kind: Printing and Mailing Expenses.”

Step 2: In-kind reported as a disbursement 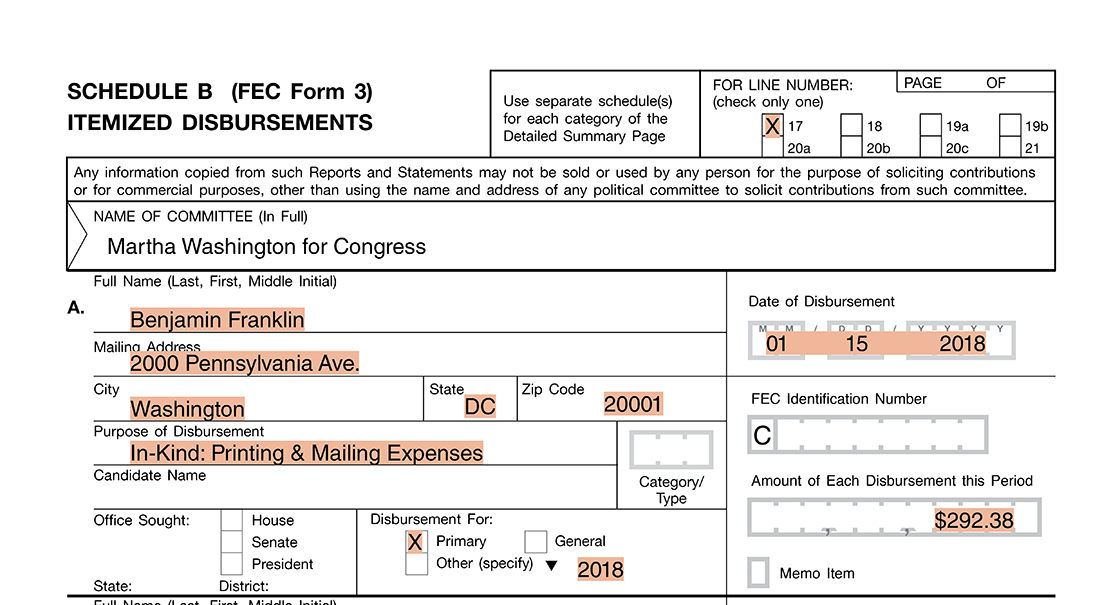 The committee also reports the value of the printing and mailing expenses as a disbursement to avoid inflating their cash on hand. The payee is the contributor’s name, Benjamin Franklin. The purpose of disbursement clearly states “In-Kind: Printing and Mailing Expenses,” so that the type of in-kind given to the committee is clear on the public record.